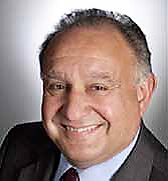 When you arrived, what was your first impression of the Encampment?

I had two impressions. First, how different an environment Barbourville, Kentucky, was from metropolitan New York. Second, how extraordinarily diverse and energetic this group of young leaders was that I was encountering. It was both exciting and challenging.

What topic did you spend the most time on at the Encampment and what did you learn?

1966 was a remarkable year in the Civil Rights Movement. Black Power and the Black Panthers were beginning to form and stake out positions that were different from the traditional integrationist Civil Rights Movement. SNCC (Student Nonviolent Coordinating Committee), which had been formed in 1960, was under the leadership of Stokely Carmichael, who popularized the term Black Power and advocated new tactics and goals, including self-reliance and the use of violence as a legitimate means of self-defense. Many of the African-American Encampers were attracted to it and involved. The issue of race and how young white liberals should relate to it, as people and as activists, became the major topic of conversation. There were deeply difficult and discomforting moments, but the amount that all of us learned from being in those discussions was remarkable, and permanently changed our lives. As a result, when my friends and I came back home, the Great Neck South Civil Rights Club, which we were heavily involved in, decided to invite Ivanhoe Donaldson—the national field secretary for SNCC—as a speaker for a major event, which caused tremendous controversy at the school.

What community service projects do you remember?

Lyndon Johnson’s War on Poverty had just begun with the creation of the Community Action Program (CAP). The local CAP agency was trying to get people in rural Kentucky to come to the centers and participate, and they were having a hard time. Ed Peeples, our EFC director, conceived the idea that we would offer to help people by painting their mailboxes and other chores as a way of demonstrating that the CAP agency could offer concrete benefits. We Encampers went out into the hollers and offered to paint people’s mailboxes. About half of the people were appreciative and the other half wanted nothing to do with us. Either way, these were important formative experiences for us [as community organizers].

We went out in groups of two and knocked on people’s doors. They were not used to people from “the North.” We talked to them and learned from them about their lives, situations, opinions; occasionally getting into a political conversation. It was remarkable. In some ways, it’s what the EFC was designed for—to give young civil rights leaders experience in the community. It was important for us to think about what it meant for the people to have two young liberal teenagers from New York knock on their doors and offer to paint their mailboxes.

How did the Encampers get along? How did this change over the time you were together?

[I would say there were] three phases: Initially, everyone was on their best behavior, wanting to meet new people and make a good impression. Then there was a middle phase where tensions developed around the racial issues we were debating and some gender issues as well. Some of the African-Americans were disdainful of lily-white liberals wanting to come down from the North and help just as the sense of the Black Power movement was coming into being. The intensity led to hurt feelings and arguments.

By the end, there was a tremendous amount of mutual respect and community. A lot of real understanding on all sides. Smart young folks don’t look at the world in just one way—everybody learned that through the interactions and discussions that we had. It significantly changed the direction of my life. It was a big deal.

What did you learn at the Encampment?

The biggest thing that I learned was how deep and ingrained racism was and still is in our society. That was really the first time I encountered the life experiences of young African-American kids from different backgrounds. By the end, I had internalized it and it transformed me from a liberal to a radical.

How has the Encampment influenced your life?

It encouraged and cemented me into a lifetime of activism. When I went back to my senior year of high school and then to college, there was no doubt in my mind that I was going to join organizations and become active in the anti-war movement in college. Then I became a community organizer after college. All of the career choices that I’ve made have involved the fundamental understanding that grassroots activism and citizens standing up for their rights themselves is a critical part of making change. All of the activities that followed—community organizing, serving in public office, being president of Demos and later Common Cause—have been tied together by a commitment to the citizen activism that I learned at the Encampment.

Why is the EFC important today?

(See other alum stories on our website EFC Alum Stories)